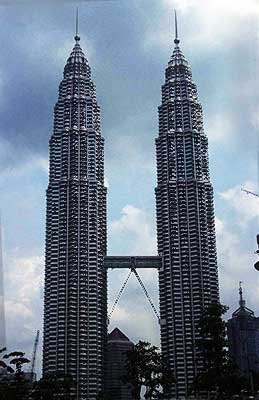 Though it sounds strange, the series of government orders and rulings by the Malaysia INational Council for Islamic Religious Affais states that ‘Allah’ (the word for God in Malay language) is reserved only for Muslims. The state has also banned a list of words which includes ‘Allah’ in any non-Muslim book or context.

This is what the NCIRA which is the national council for Islamic affairs had to say, “The conference decided that the word Allah is a sacred word specific only to the religion and followers of Islam and it cannot be used or made to be similar with religions other than Islam”.

Christianity is around 10% of the overall population. There are also Hindu and Buddhists who make up the population. Christians who have been brought up calling God as Allah find this strange and unacceptable as its a everyday term and Malay does not have a replacement word for God.

These laws are unacceptable to many Muslims from the same community itself. Yahya Cholil Staquf a senior cleric of Nahdlatul Ulama, the largest Islamic organization in Indonesia says, “You can’t find this idea in any previous Islamic discourse, Every language has its own word for God. Allah is just a word to acknowledge God. It’s not a word for only Muslims.”

Islam was an imported religion spread by Indian Muslim and Arab traders who reached the Sumatran coast in 674 AD. These Indian Muslims were recent Hindu converts. Sultan of Melaka converted to Islam for marrying a princess from Pasai. This helped Islam spread further and Arab traders eventually replaced the word for God as Allah. As time went by, the original name for God in Malay was lost.

The happenings in Malaysia greatly contradict what they showcase their country to be. An American traveller asks, “Is Malaysia truely Asia?”